Why Tulips? (Read to the end)

The name Tulip might be short, but there is a very complicated and long history behind the name of this beautiful flower. Some etymologists trace the name Tulip all the way back to the Persian Empire. Persian word turban or delband was linked to the Tulip flower, because Persians loved to wear Tulip flowers in their turbans. This is just one of several explanations, but the more obvious explanation behind the name Tulip would be that this word was translated from several languages until it reached us. Tulip flowers usually have a similar name in various countries around the world, with only slight variations.

Tulip is one of the most recognized and beloved flowers in the world. It is universally known as the symbol of love and romance, and people usually gift this flower to the person they love. Tulip flower has a very long history of existence and it was often used as a symbol in art and literature. Tulip flowers can often be found in poems and in paintings of many famous artists. Their presence represented something symbolical that needed to be transferred to the viewer or to the person reading a poem.

Tulip flowers originated from Persia. Many poets in Persia wrote about these flowers and in one written by Musharrifu’d-din Saadi, tulips were described as a part of a beautiful and heavenly garden they were usually symbols of abundance and everything that is plenty.

In Turkish language, Tulips are called “lale”. When word “lale” is written in Turkish, it is spelled the same way as Allah so it became an important holy symbol. Tulip flower is also associated with the House of Osman, so many decorative objects are covered in Tulip flowers such as tiles, vases and crockery. To the people of Ottoman Empire, Tulip was seen as the symbol of wealth and abundance. There is even an entire era in the Ottoman Empire called the Tulip era, and this period is considered as the wealthiest period in the development of Ottoman Empire. In the Victorian era, Tulip flower was a symbol of charity and helping the poor.

The Black Tulip is a historic romance novel written by Alexandre Dumas. The story of the novel takes place in Dutch city of Haarlem. A great reward is offered to the first person who manages to grow a truly unique, entirely black Tulip flower.

Tulip flower is also a part of the Major Arcana cards, as the cards Arcanas Zero, Four, Fifteen and One. In Netherlands, Tulip flower is considered to be the main symbol of Dutch culture and heritage. The first book about Tulips was written in 1592 in Netherlands by Carolus Clusius, and since then they became one of the favorite flowers in the entire country. Tulip flowers became popular motifs in art and literature, especially during the Dutch Golden Age.

Tulip and the love symbolism got tied together in the 20th century. They are now symbols of love and romance around the world, and represent a very common gift for Valentine’s Day and weddings.

Every flower has its own secret message, hidden only for us. This message is something we can derive from a certain flower and the way a certain flower fights against the hard living situations. The beautiful Tulip is telling us to never underestimate our beauty. There might be tons of beautiful flowers in the garden, but every flower is beautiful in its own way. The humble Tulip still stands out with its appearance without being too big, too extravagant or too unusual.

The simple appearance of a Tulip still manages to impress us and make us feel like we all deserve a small piece of attention. Every person is special in its own way, no matter how small, different or simple we might look at first glance. Tulip flowers managed to expand from simple flowers to beautiful symbols of love and affection.

So Tulip signifies not underestimating a beautiful piece not matter its appearance. The piece or item you buy is deserving of your love and attention just as you are deserving of its. 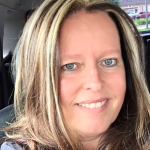 What you can read next

What does being a “Pagan” mean and not mean.